Are you unsure about which class is best for you?

In 1997, I began teaching yoga after experiencing the well-being, freedom and strength yoga was creating in me. In 2002, I opened my first yoga studio, and in 2012, I created a yoga school. Namaste' Yoga is a studio for students and teachers. Certifications are in Vinyasa Yoga, Viniyoga, Prenatal Yoga, and Anatomy and Biomechanics. Yoga is a physical, mental, emotional, physiological, and spiritual practice. I hope to see you on the mat soon!

I completed the 200 hour teacher training at Holy Cow Yoga Center in Charleston, SC under the direction of Trace Bonner. During this training, I discovered City Yoga right here in Columbia, fell in love with their style of yoga, and completed the 100 hour Anusara Immersion with Stacey Millner-Collins. My interest in anatomy then led me to a workshop with David Keil, where I was introduced to the Mysore Ashtanga Style; I have completed an Ashtanga Teacher Training with David Keil, and also David Swenson. In 2014, I completed a 200 hr. Ashtanga-based teacher training with Kino Mcgregor of Miami Life Center. I continue to practice with one of my first yoga teachers, Amy Sizemore.  With these teachers as my models, I teach fun, light-hearted classes with options for everyone.

I started my yoga journey while in college with - I'm not kidding - a copy of "Buns of Steel Yoga." At the time, it was just another form of exercise to try. But even that silly video with an even sillier name opened a door for me. I took my first yoga class shortly after and was immediately intrigued by the deeper side of yoga. In 2003, I enrolled in teacher training at the Asheville Yoga Center. Thirteen years, literally thousands of yoga classes, and three children later, I continue to be amazed at the transformative power of this practice (and yeah, it's good for the "Buns" as well!). I draw inspiration from a variety of hatha yoga styles as well as a variety of spiritual traditions, illustrating my belief that "Truth is One; Paths are Many."

I started taking yoga classes from Amy way back in the Gold's Gym years. Amy also did my first teacher training. I've been teaching now for about 10 years and enjoy a strong flowing practice with emphasis on opening the hamstrings, hips and heart. Yoga has allowed me to evolve into who I am meant to be and live in that truth. Lokah samastah sukhino bhavantu.

When Bethe first began practicing yoga in 2010, she was anxious, worn-out, and struggling daily with an eating disorder.  Incidentally, she also could not touch her toes.  Her hamstrings were tight, but her heart center was tighter. Years of dedicated yoga practice slowly loosened the knots in her heart, until one day she realized that yoga had become the most empowering tool in her Recovery.  Meditation brought ease to her racing mind, and the physical practice gave her a space to celebrate the body, rather than tear it down. Bethe completed her 200-HR training in 2017 with Liz Delaney at Greenville Yoga, in hopes of sharing the gifts yoga has brought to her with others. Bethe teaches moderately-paced vinyasa flow classes, led by breath, with an emphasis on the meditative aspects of the practice.  Her classes are often themed around body acceptance, kindness, self-forgiveness, skills for anxiety relief, and yoga as an exploration rather than a performance.

I have been practicing yoga since 2003 and began teaching in 2012. I am a certified  ERYT-500 yoga teacher through Asheville Yoga Center, NC. I continue to further my love of yoga as a devout student of this sacred practice. My aim is to create a safe and fun space where you can come and practice self care, move mindfully and listen to your body. Yoga is for everyBODY, and I will always welcome you with open arms. My teaching style is a blend of my well-informed background in Alignment, Vinyasa Flow, Power Yoga, Ashtanga Yoga, Yin Yoga, Bhakti Yoga, Meditation and Mindfulness. Don't be surprised if I bring my harmonium or my ukelele to class to sing mantras to you during Savasana.I hope to see you on the mat soon!

My yoga journey began in 2010. Despite years building strength through running and cycling, I was unable to hold a tripod. I was humbled, but hooked; I completed my 200-hour teacher training at Holy Cow with Trace Sahaja Bonner in Charleston, SC,  May 2010. My evolving practice became a source of not only physical strength, but also mental, emotional, and spiritual growth. I continued my study into Vinyasa Flow and completed my 500 hours with Rolf Gates in 2015. After a long pause from teaching, I rebooted with a 200-hour training in Unity Yoga principals with Melissa MacIntosh at Southern Bliss in Sumter, SC. While I first practiced yoga to gain strength and preserve my soles (Running has taken a toll on my older feet.), I now practice and teach to nourish my soul. In my classes, I want to inspire and teach multi-level, safe and accessible yoga to all. I am here to embrace my years of teaching on and off the mat and share my passion for all of yoga with others.

Delisa Simpson Even fell in love with yoga when she first started working out at a gym. It was life-changing, because she was in total awe of how she could move her body. She was hooked from the first class. Delisa went on to get her yoga certification in Ashtanga and Vinyasa.  The discipline of Ashtanga helped with grounding, and Vinyasa helped keep her creative.  Delisa has been teaching for 12 years now and still truly enjoys how it creates that union of body, mind, and soul and, also, that connection to others.

Growing up, Jess was a figure skater and went on to become a registered figure skating coach. However, figure skating had brought a back injury and joint pain. When a yoga studio opened up across the street from her apartment, she was quick check it out. She quickly fell in love with the flowing nature of vinyasa yoga. As she did as a figure skater, she loved flowing between each pose and learning how to engage each precise muscle correctly. Jess went on to get her 200-hour RYT certification from that studio across the street, Health Yoga Life in Boston, MA. She has been practicing for 10 years now and still finds herself amazed by how good yoga makes her feel and hopes to bring that feeling to as many people as she can.

Monday through Friday classes – $15 drop-in or $95 for two month class package. Saturday and Sunday classes $12 drop-in. Privates and semi-privates are also available. For more information, please use our contact form. 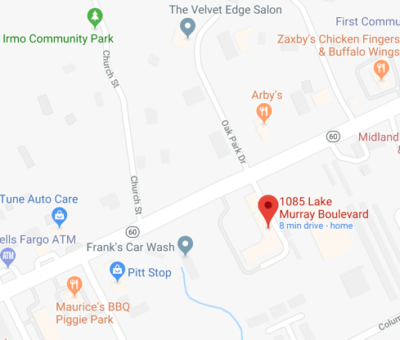